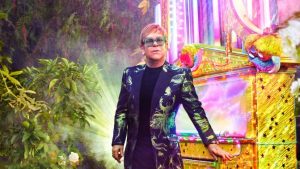 John last toured Australia between September and October 2017, but we’ve been told his final Australian and New Zealand tour will be “the most extensive tour he’s ever done of the countries”.

Announcing his farewell tour in a live-streamed event (which you can watch below), John told fans that while he’ll stay “creative” and will go out “with a bang”, he’s decided he’s “not going to be touring anymore”.

“I’m not going to be touring and travelling the world,” he said, before discussing his life with husband David Furnish and their two children.

“My priorities have changed in my life… my priorities now are my children and my husband and my family.”

Sir Elton first performed in Australia way back in October 1971. Stay tuned to Music Feeds for details of his upcoming final Australian tour.

Book Your Vehicle in advance