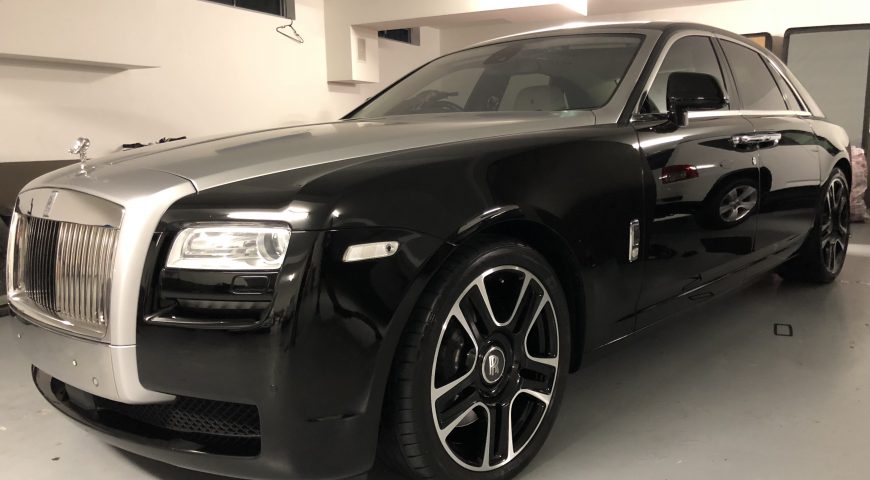 The Rolls Royce Ghost has arrived on our fleet.

As far as we know we are the only limousines company in south east queensland that can say yes we have one for you.

From Wikipedia, the free encyclopedia

Jump to navigationJump to search

For the luxury car produced by Rolls-Royce Limited in the early 1900s, see Rolls-Royce Silver Ghost.

The Rolls-Royce Ghost is a British full-size luxury car manufactured by Rolls-Royce Motor Cars. The “Ghost” nameplate, named in honour of the Silver Ghost, a car first produced in 1906, was announced in April 2009 at the Auto Shanghai show. During development, the Ghost was known as the “RR04”. Designed as a smaller, “more measured, more realistic car” than the Phantom, aiming for a lower price category for Rolls-Royce models, the retail price is around £170,000. The production model was officially unveiled at the 2009 Frankfurt Motor Show. The Ghost Extended Wheelbase was introduced in 2011.